Royal Oak — In the name of science, Randall Commissaris serves Smirnoff. He prefers Tito's, which ranks higher on the vodka food chain, but he pours carefully measured doses of 80-proof Smirnoff when he's getting people buzzed and turning them loose at 70 mph to see how well they avoid impediments on the roadway.

It should be noted that the roadway is in his basement, a virtual reality thoroughfare in a driving simulator created by an Ann Arbor company called BrandXR. Commissaris, a Wayne State professor with a specialty in distracted driving, has conducted other tests in a modified 2001 Chevy Impala walled into a laboratory on campus.

What he's concluded will not be popular with bars, restaurants or numerous drinkers: At 0.08%, the blood alcohol concentration threshold for what constitutes drunken driving in Michigan is too high.

The pandemic has hung a detour sign on his research, and as a scientist, he wants to pour more vodka and run more tests. But he's seen enough from his subjects and multiple other studies to say the appropriate figure is 0.05% — and while there's no simple numerical road marker for drivers who use marijuana, they won't like his findings, either.

As for marijuana, the law is murkier and the comparisons aren’t apple-brandy-to-apple-brandy. But with the smallest legal dose of edible THC his team can find, “We see similar impairment.”

"A drop to .05 is not the fix," said Scott Ellis, executive director of the Michigan Licensed Beverage Association. "It's the higher alcohol concentrations and the repeat offenders that have been shown to be the problem."

Royal Oak defense attorney Derrick George, who typically counts as many as 90 driving-under-the-influence cases among his 125 open files, says "BAC is not black-and-white."

Commissaris recognizes the large differences in body mass and tolerance, as well as the tiny one in reaction time between dead sober drivers and potentially deceased ones. On the BrandXR simulator, drivers wearing virtual reality headgear are asked to steer around disabled cars, and a typical recognition and response takes 320 milliseconds.

Add alcohol, and a driver at 0.05% BAC takes 50 to 70 milliseconds longer. That's less time than it takes to blink. But combine slowed reflexes with the lessened vision, vigilance and coordination charted by the National Transportation Safety Board, and it was enough to persuade Utah to adopt the 0.05% standard two years ago.

The rest of the United States remains at 0.08%, and Michigan is closer to moving higher than lower. A sunset provision would return the state limit to 0.10% unless the law is amended by October, a task last completed in 2018 and all but certain to be repeated since the lower number is tied to federal highway money.

Elsewhere, limits of 0.05% already dot the map: Australia, New Zealand, Jordan, Turkey, most of Western Europe, parts of Africa and South America. Japan is 0.03%, Norway and Sweden are 0.02%, and beware Brazil, Argentina, Turkmenistan, Indonesia and Nepal, where the limit is a flat 0.0%.

State Rep. Abdullah Hammoud, D-Dearborn, introduced a bill in the last legislative session to adopt 0.05% as the cutoff for what Michigan calls operating while intoxicated, or OWI. A companion bill would have given judges the option of having ignition interlock devices installed on offenders' vehicles rather than suspending their driver's licenses.

The bills never received a hearing in the House Judiciary Committee. He said he'll fine-tune his message and reintroduce them.

Hammoud said the issues with the interlock devices were logistics and cost, often several thousand dollars including installation and a daily fee.

The reset to 0.05% "was a bit of a heavier lift," he said, with the prevailing sentiment that he was criminalizing more people over a marginal difference in safety.

"That's not what we're trying to do," he said. "By lowering the threshold, people are going to second-guess getting behind the wheel after one or two drinks.

Utah state police reported about the same number of drunken driving arrests in the first year at 0.05% as the year before at 0.08%. Early figures showed sharp declines in alcohol-related crashes and fatalities, though a state where 55% of the population belongs to the alcohol-resistant Church of Jesus Christ of Latter-day Saints is understood to not be statistically universal.

The NTSB says drivers with a BAC between 0.05% and 0.079% are at least seven times more likely to be in a fatal single-vehicle crash than drivers who have not imbibed, partly because drinkers become more cavalier about wearing seat belts.

Figures for 2019 from the National Highway Traffic Safety Administration show alcohol-impaired crashes accounting for 28% of traffic fatalities. Of the 11,917 deaths where the driver had a measurable BAC, 10,142 involved a reading of 0.08% or more and were counted as alcohol-related.

At the beverage association, whose members have largely been pummeled by the pandemic, Ellis said it’s the wrong time to start parsing numbers among the other 1,775 fatalities.

"You start filling up the courts, filling up officers’ time, I don’t think we need to be doing that," said Ellis, a retired Lansing police detective. "The bigger issue is getting training for bars and restaurants about what to watch for."

George, the attorney, noted a decrease in the BAC standard would mean an increase in revenue for courts and communities — "and for DUI attorneys like myself. Is that good for the state as a whole? It depends on your perspective."

Even cloudier, he said, is the topic of driving while high, now that Michigan has signed off on recreational marijuana.

Commissaris' studies show dulled reflexes an hour after test subjects eat gummy candy with a modest THC level of 10 milligrams, "comparable in some ways to at least .05 alcohol."

"This is going to be an ongoing problem," said former Michigan assistant attorney general Jeffrey Schroder, who co-leads the cannabis practice at Plunkett Cooneyin Bloomfield Hills. "How are we going to make these determinations?"

An arresting officer might note the smell of marijuana in a car, but who's to say how long it has lingered, or whether it has permanently befouled a headrest? The touch-your-nose-with-both-index-fingers test might be as close to a scientific conclusion as there is.

"Whoever creates a device to immediately detect the amount of marijuana in your bloodstream," George said, "you’re going to be the next Mark Zuckerberg. It's going to be huge."

Science and a virtual reality simulator

Moody Mattan’s immediate goal is to mass market the creation of augmented reality, the same way build-your-own programs have made website design possible for people who can’t write code.

He’s the MBA and his partner, Kunal Patel is the game inventor at BrandXR, which fashioned the driving simulator in Commissaris’ basement.

Their company’s other projects, Mattan said, have included active shooter simulation training for Fannie Mae and virtual 3D molecules for chemistry classes at Wayne State. The molecule and driving projects were funded by WSU after it put out an open call for professors' ideas.

"I think they picked Randy’s project just because of the cool factor," Mattan said. "Also, some of the research he’s doing is extremely relevant because of the world we live in, with legalized marijuana and everything."

The finished product is spare and black: A gaming chair atop a base, with foot pedals for the driver, a steering wheel, the virtual reality helmet, a video monitor to show what the driver is seeing, programs to isolate the data and a laptop to orchestrate it all.

It was delivered shortly before COVID-19 emptied the campus last spring. Commissaris, who teaches in the Eugene Applebaum College of Pharmacy and Health Sciences, needed permission from the dean to bring it home, after already being granted leave to ply subjects with vodka or feed them marijuana candies.

At 66 years old and 6-foot-4, he is not the standard Dave & Buster's customer, but he has practiced enough to climb smoothly into the driver's seat. Inside the helmet, he's clipping down a straightaway in the center of three lanes. Across seven minutes, he'll need to dodge around 16 impediments that appear only 40 meters ahead, some clogging one lane and others two.

"If I was a self-driving car," he said, he'd need no more than 50 milliseconds to assess and avoid the dangers. A Formula One race car driver might clock in at 280 milliseconds. Commissaris averaged 330 in a demonstration, a bit slow for him, but "about what we're stuck with as humans."

Under laboratory conditions, a subject practices one day, then returns the next to drink standard, dependable Smirnoff with juice to desired BAC levels before taking the wheel at 30-minute intervals. "Driving performance," reads a clinical report, is "significantly impaired at 30, 60, 90 and 120 minutes post-treatment."

Commissaris' goal is to take his show on the road. Disassembled, the simulator fits comfortably in his 2014 Chevrolet Equinox. He wants to set it up at school assemblies or civic events, fill the tank of the principal or mayor to 0.05%, and then show in real-time and stark numbers how alcohol and driving don't mix.

"We want to do research," he said, "but we also want to be part of the solution."

Both will need to wait until the pandemic takes its foot off the brake. For now, he does what he can for highway safety — including the Christmas when he gave his three grown children their own hand-held BAC testers.

It's not that the kids are problematic, but there's no such thing as too careful.

Original Article can be found at: https://www.detroitnews.com/story/news/local/michigan/2021/02/02/wayne-state-commissaris-bac-drinking-driving-smirnoff-titos/4177438001/ 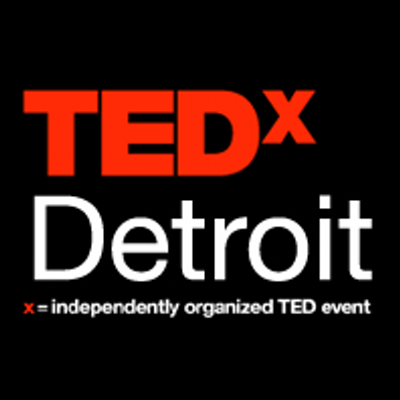 The true scarce commodity of the near future will be human attention. Let's investigate how XR (which includes virtual reality and augmented reality) will have a huge...